The Makronissos military camp was established and operated to crush the moral foundation and broad political appeal of National Liberation Front (EAM) and United Panhellenic Youth Organisation (EPON) among the majority of Greece’s youth. Officially, this was applied through a rehabilitative re-education programme, whose main instruments were the teaching of the national ideals and the conviction that the communist ideology espoused by EAM would have catastrophic consequences for the nation. 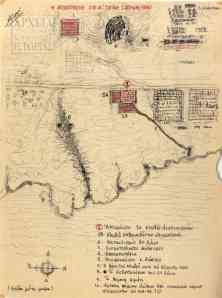 In reality, however, the actions sustaining the statements of repentance as the means for squashing the EAM phenomenon moved along three lines: the National Army, which provided the framework; physical abuse, as the main instrument; and, psychological abuse, as the perpetual consequence.

The order in which these three components were aligned was not random. During wartime – indeed, in a time of civil war – the National Army guaranteed tight control over events at Makronissos since the army’s mission now targeted the internal enemy, seeking its annihilation. The unrestrained physical violence and torture meant prisoners paid a very high price for resisting – some with their lives. The third, and perhaps most lasting, component was the mental abuse and psychological terror, as well as the physical abuse. created by the army: isolation and indescribable, heinous beatings.

We don’t know if the psychological torture practiced at Makronissos was designed outside Greece. Most likely it was the result of a Greek process aimed at instilling fear in the pro-EAM part of society through the army’s unconstrained authority and inhumane levels of violence.

The way in which the three main battalions at Makronissos operated during the camp’s first year was also part of the process of subordinating the soldiers and exiles to the camp administrators. The Third Battalion was showcased as the “Blue battalion” and “purest” nationally, while the Second Battalion was presented as a purgatory for those who had yet to recant. This set up the First Battalion as the “Red battalion” for the massacre that took place on 29 February–1 March 1948. The shock from the massacre of hundreds of undeclared dead entrenched the fear of death and established Makronissos as the main vehicle of the psychological violence of the Civil War to such a degree that many incoming detainees signed repentance declarations on the caïques during their transfer from Lavrio. 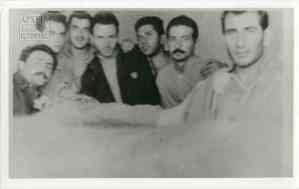 Establishing rehabilitation units on a completely isolated island with no familiar or even known past was the first step in instilling the fear that would lead to the turnaround. The continuous application of violence and the threat to escalate it left detainees in a perpetual state of anxiety that dashed any optimism, hope or resilience. Mostly, this stress severed the post-war from the occupation period – in other words, it erased the hope and patriotic emotion created by EAM by linking it to the spectre of death and refuting any possibility for supporting the dream shaped by the resistance against the occupiers.

Gradually, through various forms of violence, threats and punishment, the camp destroyed any positive feelings and memories among detainees of the EPON and EAM era, creating instead a mass of frightened and guilt-ridden people.

The constant moral pressure and unrelenting threat of physical and psychological pain made impossible any effort to regroup. The unchecked perversity and arbitrary behaviour of the torturers aggravated the fear and weakened resilience. Torturers and members of the unit’s Military Police (alfamites) were chosen specifically for their place of origin, immorality and outlier traits – something that rendered the prisoners’ ethos from an asset to a disadvantage.

In the face of the fear of complete physical and moral breakdown, signing a statement of repentance was artfully held out as an escape and redemption, ransomed by the abandonment and deconstruction of the fighter’s as well as part of his human moral existence.

The chance of a future life was only possible through the declaration of repentance. It was the key to a familiar tomorrow, one happily devoid of death and the passage to the unknown.