The military camps continued to cover most of the island’s surface until roughly 1957, while Athens Military Prison (SFA), which occupied a 20-hectare tract of publicly owned land, remained there until October 1960, when it was relocated to Boyiati (now Anoixi), northeast of Athens. A guard detail of some 10 to 15 men was withdrawn in February 1961. The island’s abandonment was followed by the demolition of the camps. The state awarded a tender for the dismantling of the structures and the removal of useable building materials such as marble and timber from the island. Only a few shepherds remained on the island, where, to this very day, they use the ruined buildings as shelter for themselves and the small herd of sheep, goats and cattle that freely graze on the land. 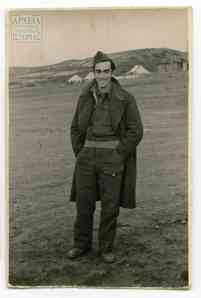 The following years were marked by silence about the island and events that took place there. Makronissos’ “rehabilitation” character was never mentioned in the propaganda of the 1967–74 junta, despite frequent references to Grammos, the scene of the final stages of fighting in the Greek Civil War in 1949, and to the civil war itself – a fact that is not only curious but also deserves interpretation. In the period preceding the April 1967 coup, Nikos Margaris, a prisoner on Makronissos from 1947 to 1950, was the only person writing or researching the island. In the mid-1960s, he began collecting testimonies and photographic material from fellow detainees to compile in a history of Makronissos. He made his first visit to the island in 1965 – a rare occurrence, if not the only visit before the junta – to take pictures to document the condition of the buildings and other facilities. (After the collapse of the junta in 1974, he continued to return to the island, making frequent visits until 1998.) Margaris’ two-volume History of Makronissos was finally published in 1966 – a bold act at a time of great political turbulence when the state viewed communism and communists as its Number One enemy.

In the early years of the metapolitefsi period – that is, the return to democracy after the junta – the silence on Makronissos continued, even on the left. The sole exception is director Pandelis Voulgaris’ Happy Day (1976), the first film to attempt to describe the harshness of daily reality on Makronissos. Indeed, the film was based on Margaris’ very important photographic archive. 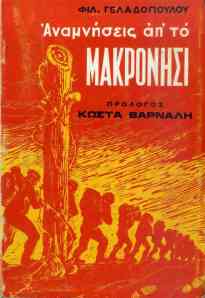 Essentially, Makronissos did not come into focus until after 1981, when public mention became more frequent, a reflection, perhaps, that people could freely express themselves for the first time regarding the civil war. More testimonials and memoirs of Makronissos detainees were published and there were numerous concerts and memorial events for Makronissos victims. Indeed, many of these were held in the island’s theatres and were headlined by prominent artists like Mikis Theodorakis who had been imprisoned on Makronissos.

In 1989, the culture ministry declared the “entire island of Makronissos as an historical site and all the military camp’s buildings as historically protected monuments”. In 1990, a ministerial decision signed jointly by the ministers of culture and education established a working group to outline the necessary interventions to preserve and highlight the historical site of Makronissos and its buildings. The working group, which was comprised of representatives of relevant associations, conducted several site inspections and gathered the necessary data and input from various agencies, which it then studied and compiled into several very useful recommendations.

Margaris’ photographic archive is part of the Contemporary Social History Archives (ASKI) collection. Aside from the wealth of photographic material from Makronissos covering the period from 1947 to 1955, it includes an adaptational archive of photographs from his visits from 1965 to 1998 – a sort of “chronicle” of Makronissos’ physical decline over time. 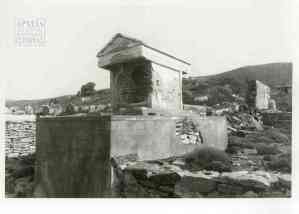