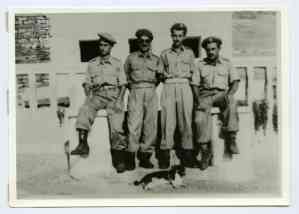 The beginning of the end of the military camps on Makronissos began in 1950. The civil war had ended in August 1949, but the Makronissos camps continued to operate, the number of detainees swelled, and the allegations in the press about conditions within them multiplied. After the 5 March 1950 elections and Nikolaos Plastiras’ appointment as prime minister, the government proceeded to change the military camp’s command, with the appointment of Major General Vrasidas Papagiannopoulos, while it also drastically curtailed the camps’ operations. The decisive step was taken in summer 1950, when thousands of political exiles were transferred from Makronissos to Agios Efstratios (men) and Trikeri (women) islands. The camps continued to operate until 1957 while the military jails remained in use until October 1960. In February 1961, the last soldiers guarding the facilities left Makronissos.